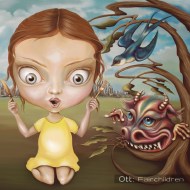 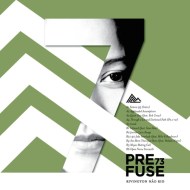 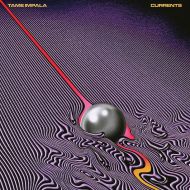 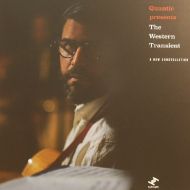 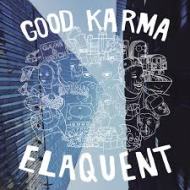 The latest release by British psy-dub wizard OTT explores sonic terrains rarely traversed, with entrancing mid-tempo beats ornamented by swirls of texture, eastern scales, and live melodica. The electronically affected vocals are sensual and otherworldly, contributing emotion to the tracks without the need for actual words. His sonic palaces are immersive, emotional, and surreal, though the half-time flow of the bass-guided dub groove provides some hospitable and welcomed familiarity. It’s the soundtrack for space station hookah lounges galaxy-wide.

There’s been a surprising lack of buzz surrounding an unusually prolific year for Guillermo Scott Herren, aka Prefuse 73. On top of his March release for Vol. 25 of the Travels in Constants mixtape series, the trendsetting producer has churned out a proper triptych over the past few months, bookending the Rivington Não Rio LP with two life-in-NYC-based EPs, Forsyth Gardens and Every Color of Darkness. The final tally lands him just short of thirty tracks. All three glow with crystalline crispness, like a still scene from a winter morning, with jagged needles of ice suspended in time and space. The fragmentation of beauty is a reoccurring theme, depicted on the album covers and throughout the tracks, with fragile neo-classical tones delicately laid atop sporadically buzzing waves of sub-bass. While not as immediate as the beats from his timeless One Word Extinguisher album, they seem to be more of a fusion of the two albums within his ambitious Preparations + Interregnums release, implementing the textures and songwriting flow of symphonic music into experimental broken beat soundscapes. This is the sound of a seminal figure in glitch-hop history, ten years later, as future-minded as ever. He’s freed his manic sample clips from the 4/4 barlines and linear direction of ‘straightforward’ instrumental hip-hop, operating with more patience, detail, fluidity, and freedom than ever before.

2012′s Lonerism diverted plenty of attention Kevin Parker’s way, and he responded by taking control of his project’s sound engineering, eschewing expectations, and pushing his style in an entirely new direction. The gradual addition of synthesizers definitively changed the energy of his vintage psych-rock sound, and they steal the spotlight from the guitars entirely here. The lyrical content is still compelling, an introspective, existential, humble gaze into self-discovery and personal growth, but the tight-but-vaguely-warped aural qualities are what keep drawing me back for repeated listens. If Innerspeaker represented the ‘60′s, and Lonerism the ‘70′s, then it’s natural to consider Currents his take on the disco-laced sheen of early ‘80′s radio jams, with confident grooves pushed along by post-funk beats, warm synth pads, plenty of effects, and hopeful counter-melodies always reliable out in the distance. Flangers, phasers, and filters galore. Contemporary innovations are at play here too, with the unexpected use of loops, drum machines, and glitches providing a link with the modern lo-fi revivalism of ‘chillwave’ visionaries Toro y Moi, Com Truise, and Washed Out’s earlier material. Currents further solidifies Kevin Parker as one of the most innovative voices in modern music, both accessible and progressive, with his singular expression dictating the tone of the album’s appropriated era, as opposed to the alternative.

The least 2015-y album I’ve heard so far in 2015, Quantic’s newest is a time capsule that should serve to put your mind at ease. Don’t expect any of the charmingly rural cumbias from his recent broadcasts from South America, or the downtempo electronica that previously linked him with producers like Bonobo and Nightmares on Wax; he decided that the summer of 2015, and perhaps this entire millennium, has been suffering from a lack of leisurely-paced suites for lounge orchestra. This pleasant release leans more towards the Cali on our west coast than his prior residence of Cali, Colombia, hinting at the cool, blue jazz of post-bebop Miles Davis and Gil Evans. The cover art, minus a hue in one color or another, is practically straight out of the Blue Note catalog anyway. The more upbeat offerings hint at the listener-friendly soul-jazz of Ahmad Jamal and Donald Byrd, or the 1970′s cinematic stylings of Italian composer Alberto Baldan Bembo, with a vibrant multicultural ensemble, ripe with trumpets, flutes, strings, bongos, and steel pans, combining melodic jazz with Brazilian sambas. While UK-born Will Holland now calls NYC home, this savvy, coastal, tranquil album, with its introductory count-in delivered en español, speaks to the emotional balance that international living can provide.

Considering the geographic proximity of Ontario to Detroit, (only a few hours), it should come as no surprise that some of J Dilla’s most faithful disciples hail from Canada’s most populous province. While many indebted producers have moved on from their participation in the initial wave of post-Dilla music, Elaquent still resides comfortably within that niche, content to champion the noble sound with dutifully sluggish beats. Good Karma is a collection of soulful instrumental hip-hop production, subtly massaging shifts in texture and harmony into a framework of hypnotic repetition. It’s not quite as retrospective as Damu the Fudgemunk (whose style is traced an extra generation back, to Pete Rock), but the spacious, jazzy, vintage flow similarly functions as ideal background music. The sound pays tribute to a legend, while exploring new progressions, tones, and rhythms.