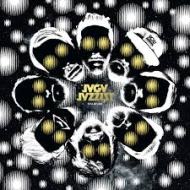 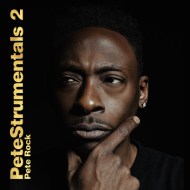 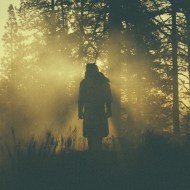 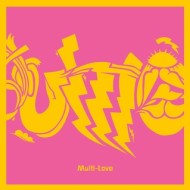 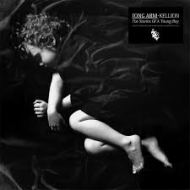 By Jared Buchsbaum
Jaga Jazzist // Starfire – The latest dizzying work by Norway’s best kept secret, this is music for the actualization of great ideas, the bold exploration of space, the accumulation of momentum, and brightly occurring epiphanies. If Nikola Tesla had solved the puzzle of immortality and dedicated the past 70 years of his life to music, this is what his 2015 release would sound like; neo-classical jazz fusion anthems from the vanguard of sound. Starfire is the newly-slimmed octet’s fourth release on Ninja Tune records, and their first release since Live with Britten Sinfonia, a sonorous performance which paired the mini-orchestra with a full-fledged one. Their UK-based label has always emphasized the progressive side of electronic music, and when it comes to the merging of innovation, talent, and vision, Jaga Jazzist are consistently off the charts, decades ahead of their contemporaries.

Pete Rock // Petestrumentals 2 – This sequel should be thrilling news for those who’ve been enjoying the timeless original over the past decade and a half. Yes, it’s been that long since the Chocolate Boy Wonder dropped his East Coast opus, a mellow but seminal work of jazz-laced instrumental hip-hop that ranks up there with the classic beat tapes dropped by fellow production luminaries DJ Premier, J Dilla, RZA, and the like. Consider this release a sort of time capsule of golden-era hip-hop.

Thundercat // The Beyond/Where Giants Roam – A major stir from the Brainfeeder/Ninja Tune camp…..new music from one of the most talented and visionary bassists of our generation, Stephen Bruner (aka Thundercat). The former low-end master for Suicidal Tendencies is a direct link between music’s past, present, and future, inflecting soulful jazz fusion with furiously virtuosic solo abilities and electronic-based future funk. He’s keeping this one close to home, with his labelmate and close friend Flying Lotus co-producing the album, and the recently emerging standout Kamasi Washington blessing it with some righteous saxophone. The sax is understated on the first single, ‘Them Changes,’ but I expect it to shine through elsewhere. ‘The Beyond/Where Giants Roam’ is a six-track release…..oh yeah, i almost forgot, by the way, some guy named Herbie Hancock threw down on keys for one of the tracks. I feel like I know that name from somewhere…

Unknown Mortal Orchestra // Multi-Love – The third release from Portland-based/Auckland (NZ)-grown Ruban Nielson showcases the gradual progression away from the surreal lo-fi aesthetic that characterized his earlier work. The results are still psychedelic and otherworldly, with unprecedented textures and chord progressions all over the place, but also serve to embrace his love for funky ‘70′s grooves and disco, with him specifically citing Stevie Wonder, Steely Dan, and ‘Station to Station’-era David Bowie as influences. This is also his first album with other musicians joining him in the studio, making ‘Multi-Love’ his least insular release; not as much of an invitation into the bizarre soundscapes and emotions of his own personal bubble. It’s still very much a vehicle for his unique voice though, and his tunes once again successfully capture an uncommon balance between stuck-in-your-head accessibility, and attention-grabbing progressiveness.

Long Arm // Kellion: Stories of a Young Boy – Consistently one of the most intriguing acts within Project Mooncircle’s already impressive roster, Long Arm (aka Georgii Kotunov) has finally dropped a follow-up to his lush 2011 debut, The Branches. There’s an unmistakable sense of passion and ambition to be found here. His Kellion release is a wordless concept album of staggering proportions, positioning him firmly as one of the guiding voices in the yet-to-be-established genre of cinematic glitchtronica. He and his most frequent collaborator, drummer Ruslan Gadzhimuradov, truly bring beats to life within this record, adorning head-nodding bass with a sensual array of live instruments – melodica, oboe, trumpet, kalimba, and strings, for starters. These dynamic elements combined with Long Arm’s piano-playing background, plus his propensity for compellingly spliced samples, results in some awe-inspiring and exquisite beats.