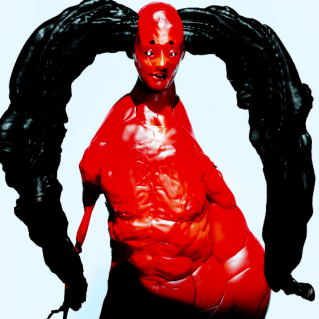 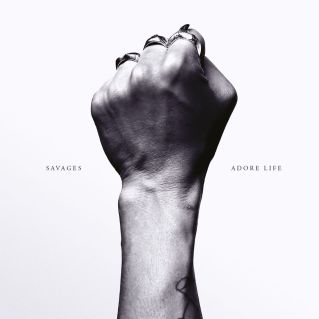 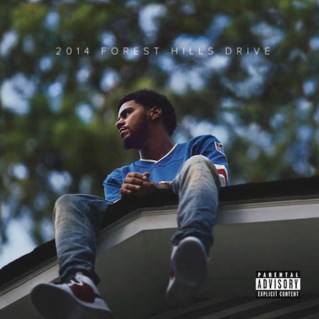 Venezuela-born electronic musician Arca’s second album, Mutant, feels like a tram ride through a series of haunted dungeons filled with bloated, grotesque, near-humans. The record is cinematic without being narrative or cheesy; it’s not a cohesive journey so much as a series of strange snap-shots, subliminal stills, and near-death encounters. Many of the songs, particularly on the first half of the album, devolve into sound-design flexes centering primarily on odd texture and filter clashes, only occasionally evening out into something your parents might recognize as music, or even music-al. This isn’t to say it lacks groove, however. Arca’s heavy hip-hop leanings (which helped to transform Bjork’s sound on her latest full-length, which Arca co-produced) keep many of the tracks moving forward despite the frequent frights, fits, and starts throughout. In tracks packed with sounds coming from all directions (quite literally; the mix is very stereo heavy), something as slight as a persistent tap or metallic clang can pull you through many of the rougher, more abrasive moments, (eventually) shepherding the listener into the  blossoming of the next pleasant, if often vague, melody. Each track bleeds seamlessly into the next, comprising a unified whole, with some songs (like the titular “Mutant”) feeling like individual pieces in name only due to the textural diversity and complexity of arrangement. It’s a cohesive experience; there are stand-out tracks (“Front Load” is my personal favorite), but no track fails to fit into the larger puzzle. Arca’s Mutant is  a graveyard of sounds that should not fit together sewn into an album of songs that do.

Savages’ latest effort, Adore Life, is a bizarrely depressing post-punk record packed with even more bizarre, yet powerful, motivational nuggets. By wallowing in a somber sobriety and exploring the depths of sadness – almost to the point of moroseness – Adore Life affirms the value of existence. Every song reads – or at least can be read – as a love song. However, I hesitate to call it a love album since, when the songs are strung together, the nuanced commentary on the nature of depression – and how one may overcome it or come to adore life in spite of it – seems as pronounced as the themes of love. In a slight departure from Savages’ previous record, Silence Yourself, Adore Life employs reverb fairly heavily, resulting in the more distant sound one would immediately associate with music from the reverb-crazed 80s. This also makes the instrumentation somewhat less abrasive and intense, drawing more attention to Jehnny Beth’s highly dynamic and theatrical vocal performances. However, despite its slick production, Adore Life is certainly a punk record. Tracks like “I Need Something New” liberally deploy the sort of freak-outs, break downs, wails, distortion, feedback, and crescendos so integral to the punk format. The playing is fast but notably tight; the players stick together through the frequently-transitioning, frenetic-yet-brief compositions. Adore Life is a striking meditation on torment and triumph as explored through, and with, love.

On 2014 Forest Hills Drive, J. Cole’s continues advancing the early-2000s conscious and soulful sound pioneered by Kanye West’s early solo records. Nods to his predecessors abound. He name drops Kanye’s benefactor, Jay-Z, in deference on more than one occasion, including on the second track (effectively the first, as it immediately follows the mostly spoken/sung intro). Many of the beats have Kanye’s signature sped-up female vocal samples and heavy attention to detail in high-frequency instrumentation, heavily using chimes, bells, and anything that tinkles. Cole is so confident in his abilities that he even compares himself to legends like Rakim, Big L, Big Daddy Kane, and Slick Rick, finishing the list with his two most-lauded contemporaries/competitors: Drake and Kendrick Lamar. Actively invoking the artists he’s so consciously channeling is risky, or at least would be, if J. Cole weren’t such a worthy torch-bearer for Ye and Hov’s tradition of excellence. Most of the tracks take a heavy narrative bent, covering auto-biographical experiences with women, work, and rap in a roughly chronological fashion. He talks in detail about his first romantic experiences on “Wet Dreamz”, discusses his early rap career on “’03 Adolescence”, then pulls us all the way through his career, with particular attention to issues of class and commercialism, ending the narrative portion of the album in  the anthemic “Love Yourz”, which summarizes Cole’s outlook perfectly: “it’s beauty in the struggle”.