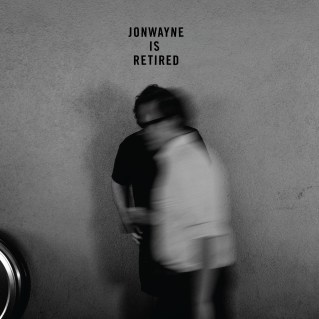 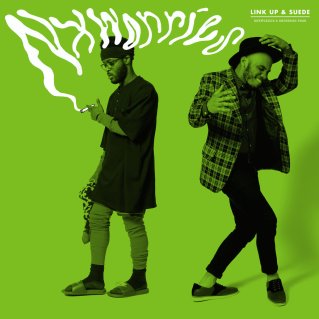 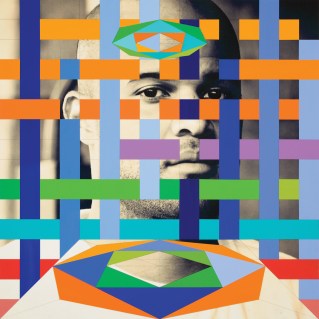 Jonwayne is an LA-bred-and-based-bread-and-butter MC/Producer who refuses to give up either. He’s also the first touring rapper I ever saw live. He was doing a two-date run of Texas as a prelude to his first LP. He was supported by some of Exploded Drawing’s very best: Lo Phi, Soundfounder, Kinder, and Multi-Tracker. I watched him down an entire bottle of Jameson, kick a stool into the audience, and play a triple encore of unreleased acapellas from his then-forthcoming record. The show was sold out and nearly spiritual. Jonwayne Is Retired is a (hopefully empty) threat in the form of a brief (~20 minute) EP. It’s something of a return-to-form after his 2013 LP Rap Album One; the production has returned to his signature whimsical and stompy minimalism previously seen on his cassette releases and earlier (canonical) projects like Bowser and (the deeply slept on) Oodles of Doodles. Jonwayne’s characteristic (and well-deserved) arrogant aggression is in full force, supplemented by uncharacteristically speedy, claustrophobic flows. The entire record feels like being shoved into a corner by an under-appreciated close friend who’s had enough of being taken for granted, unleashing every vicious and bitter thought he’s had over half a decade of disregard. Of course, he HAS been deeply under-appreciated and disregarded since his very first releases (the ones you can’t even find on the darkest corners of the internet anymore), and has never shied away from declaring it (sometimes, perhaps, over-stating his case, given his recent success in the form of sold-out shows and releases on the legendary Stones Throw Records). The seemingly omni-present Anderson.Paak makes an appearance on the record, helping to break up the otherwise oppressive atmosphere. Thanks to its nostalgic production, impressive flows, hard-hitting disdain for humanity (“Give me one good reason why I should fuck with you”), and readily-digestible length, this is easily my favorite Jonwayne record. With material this good in his back pocket, I really hope he’s not actually retired.

Anderson.Paak is one of the most on-the-cusp artists of this cultural moment. He has all the charisma and talent of a superstar. He can sing, rap, produce, and play the drums, all exceptionally well. He can work in a wide variety of aesthetic circumstances, sounding completely at home on numerous releases from many different corners of the hip-hop world (yes, these are all links to different Anderson.Paak features). Also some of those are with Dr. Dre (!!!). His live set was one of the best performances of SXSW this year. Prolific LA underground producer Knxwledge seems like an unlikely pairing for such the pop-savvy Paak. After all, Knxwledge has been one of the leaders in the experimental (and, at least until To Pimp a Butterfly, which Knxwledge contributed to, hypothetically not-pop-marketable) LA beat scene. However, Knxwledge’s half of this EP proves exactly how smooth off-kilter production can be, and exactly how smooth Anderson.Paak can make each, any, and every track that comes his way. He deftly transitions from rapping to singing and back along a gentle gradient, hitting every note in between, blurring and even erasing the line between the two vocal styles. While this is an EP from what one might call a “side project”, not a single track is half-baked. The songs are deceptively intricate, deliberately written, highly varied, and possessed of undeniable groove and momentum. Link Up & Suede is an astonishingly concentrated effort, especially for such a prolific pair of artists.

Homeboy Sandman is criminally slept-on. The NY MC has put out more than a dozen releases since 2012, most recently a 2015 collaborative EP with Aesop Rock, and more than one tour-only, cassette-only album (they’re dope…. but good luck finding em). 2014’s Hallways is his second LP for Stones Throw. In-keeping with the label’s aesthetic, Sandman brings fresh content to an old form, rapping with a strong voice and an old soul; boom bap beats stripped to their shakiest elements and steadied by capable rap hands, lyrics from the most honest and poetic conversation you’ve ever had, flows from the underground NY Now. He can bounce, he can croak, he can chop, he can smooth talk any cynic into turning an honest ear toward a case for American o-kay-ness. “Versatile” is too modest a term. He doesn’t recycle flows from song to song, sacrifice emotion for precision, or vice-versa. Everything falls exactly where it needs to, from holding a conversation to deftly flexing a top-tier technical repertoire, voice compliments flow compliments content compliments beat. Musically, the record is tight and deliberate, but not exactly daring. Lyrically, things are slightly more so. “America, the Beautiful” is a catalog of things Americans tend to take for granted — minimum wage, paved roads, clean water, readily-available food, child labor laws, postal service, public transit, and more. “We are the ninety-nine percent locally / we are the one percent globally”: a sentiment which tempers the socially-critical tone of the rest of the album, manifested in lines like “I dont give a shit when you tryin to show me your ipad / Or when you try to show me your iphone / I’ll be too caught up with shit i’m ready to die for.” Sandman’s descriptions of his relationships with women — and with himself — are similarly honest and self-contradictory, as on “Problems,” which sees our hero contemplating his place within hipster-dom and lamenting the mandatory waiting period between STD tests. It’s a good thing Hallways is more sonically decided than its writing — and it’s a good thing its writing isn’t as decided as its sound.