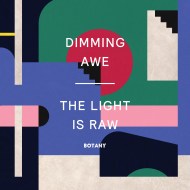 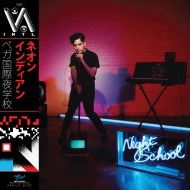 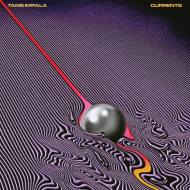 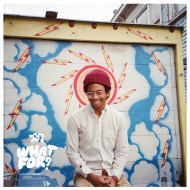 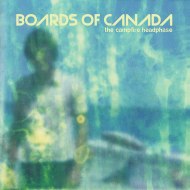 Botany’s Dimming Awe, The Light is Raw is a banging but sparkly instrumental hip-hop record. I was already a fan of his last LP, Lava Diviner, but this? That first kick dropped and I let out an involuntary “UH!” that may have woken my upstairs neighbor. Those first chimes came in and my head tingled like whoa. Botany’s attention to detail is staggering; no two moments on the entire record are alike, new textures fading in and out at every turn. There is no single device or crutch that Botany relies on to conjure a coherent sound. He doesn’t put identical female vocal samples on every track, he doesn’t perpetually re-cycle drum sounds, he doesn’t hit you with the same synth every few songs. These songs are each unique pieces of a puzzle that fit together to create full aesthetic cohesion. Au Revoir and No Translator feature art-rap thought ponderer (and recent winner of Mass Appeal’s Album of the Year Award for his “So the Flies Don’t Come”) milo. “At high noon we gon find your blood type / That’s how I’d talk if I was a Deadwood character” summarizes the man’s more-aggressive-than-usual delivery on these tracks. Brainfeeder folk Matthewdavid and RYAT also bless a track each with their transcendent voices. Did I mention that Botany lives in Austin and is a long-time friend of Exploded Drawing? Best believe: our boys go in, in all cases.

Last night I stumbled into Barbarella’s on 80s night accidentally and learned what all the fuss is about. Today I stumbled out of bed and listened to Neon Indian’s Vega Intl. Night School on purpose and learned what all the fuss is about. You know how the 80s tried real hard, and, occasionally, succeeded in integrating electronic music into pop music except they basically just added thick synths to every song? Neon Indian follows in this tradition except it succeeds in its entirety. Like hard. Like wobbly synths, high-end chip tune fills, noisy (but smooth?) textures, and reverbed-out everything. They’ve reverse engineered the formula, bringing us what is first and foremost electronic music but which feels first and foremost like… Funk? Disco? The genre of awesome? The successful deployment of everything 80s music tried to be when integrating electronic elements? Neon Indian’s Vega Intl. Night School is an exhausting but chilled out dance record with enough groove to play anywhere you wanna watch people move their bodies and enough compositional subtlety to furnish dozens (hundreds) of in-headphone audiophilic listens. I actually started listening to the record in headphones and thirty seconds in learned that the vibes are irresistible. Pick up this record, invite a friend over to dance in your bedroom until you’re exhausted and unable to continue, then kick them out, break out your headphones, and listen very closely. (Also they’re from Denton; how about some love for good music manufactured in Texas? I mean, we’re in Austin; buy local.)

The lines on the cover of Tame Impala’s latest, Currents, descend from the horizon rigidly before becoming confused, liquefied, and intermingled. You can almost judge the book by its cover. Most of the songs build from smooth, bright synths into reverb-soaked near-mush anchored by slightly-on-the-heavy-side rock drums. The emphasis here is on near mush. It’s long been a staple of psychedelic music to be bathable; that is, it feels like you dropped a fizzy ball that promises to smell like outer space into a sensory deprivation tank filled with fresh absinth but in a good way. However, the tracks that groove (notably the upbeat but depressing “The Less I know the Better”) really groove, potentially inducing mild panic due to the difficulties of dancing while in a sensory deprivation tank or on absinth. While synths typically take the lead, the groovier tracks are much more guitar driven. The contrasting vibes and leads throughout the album are well tied together by the staccato higher-frequencies (bells, chimes, bleeps bloops, even more synths), the layered vocals, and the drums, which bang in the most relaxing sense of that word. On Currents, Tame Impala made music your granny and edgy music-nerd nephew will both mess with heavy; it’s spacious and easy to listen to while avoiding cheddar based melodies and other hackneyed boredom-inducers. There’s a reason it’s been one of our most requested records since its release.

Toro Y Moi’s changed his tune. More than any other record on this list, or any record in his catalog, What For? is a massive sonic departure; he’s transitioned from electronically-produced chill wave into a somewhat twangier, occasionally distorted, and infinitely more rock-related record. The feel is similar, but the context is different. There are guitar solos now. And drum fills. There are still synths. The vocals are still heavy layered and pristinely harmonized. It’s chilled out, but it’s not chill wave. It’s still funky, still clearly heavily influenced by the ‘80s, but it’s much more alive or maybe organic or maybe human? Toro has certainly never seemed at all rigid or mechanical, but there’s something undeniable about the ever-blurring line between electronically produced music and music made with more traditional instrumentation. This music was not born on a computer, and you can tell. Adding to this effect, the engineering on these tracks is much denser than anything on Anything in Return. Most of the sonic space stays full without ever becoming over-bearing, making the less-dense moments pop, restoring something approaching Toro’s old vibe. Fans of Anything in Return may find the shift in instrumentation a bit jarring, but the feeling is still there. Those who tend to shy away from rock-influenced music may find What For? to be a strong gateway into that world, and those who tend to shy away from electronic music may become tempted to dig back through Toro Y Moi’s nine-release deep catalog and get learned on the wonders of computer sounds.

Story time! My college roommate was the first person to ever play me Boards of Canada’s Campfire Headphase. I loved the music but didn’t fully understand his fanaticism; I thought the songs were great, he thought they were holy. One day he passed me his headphones, asked me to close my eyes for four minutes, and then asked me what I saw. “I was in a lime green car with white accents, white leather, no seatbelts, and fins on the tail lights. I was slouching low in the seat and we were just cruising like the heroin trip scene from Pulp Fiction. We were driving all night and at the end there was a sunrise.” The song he played me is called “’84 Pontiac Dream” and it is a revelation. I could rave for days about Boards of Canada’s technical abilities, or the subtlety of their songwriting, or their gorgeous textures, or entirely unique sonic “warmth” (no I’m not sure what that means), but the most important part of their music, to me, is its imagery. Boards of Canada pulls you into incredibly vivid and specific scenes. Campfire Headphase (as you may expect from the title) is the most imaginatively dense Boards of Canada record, the most engrossing, the most cinematic. That’s why it’s my favorite, and that’s why it’s in my recommended section at the shop.

Got more thoughts if you’d like to drop by soon and chat it up. Be well.