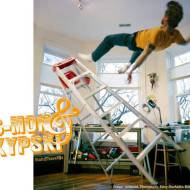 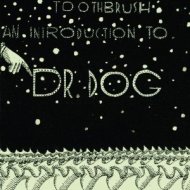 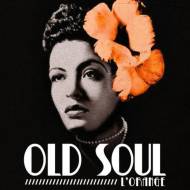 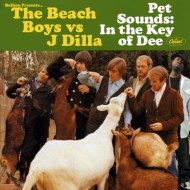 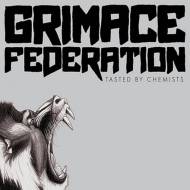 It feels appropriate to pay tribute to some potentially overlooked albums from the previous decade or two that I’m feeling thankful for these days. Happy holidays y’all !
By Jared Buchsbaum

Discovered this one back in October after attending a stupefying performance by the Youngblood Brass Band, and scooping up some of the band’s side projects. This one is the brainchild of saxophonist (and keyboardist) Zach Lucas, who assembled a squadron of instrumental flamethrowers to bring the house down. Based on the band name, album name, album art (a flaming plane on its way down), and 80′s action movie tagline (’there was never a plan b’), I immediately sensed that gratuitousness was on the agenda. Being that their chosen genre is prog-funk of the tightest caliber, the release could’ve easily been so over-the-top to provoke eye rolls and exhaustion. Not so….Cockpit DELIVERS. Their blend of rock, jazz, and the aforementioned neo-funk energy entails a gripping listen, with sax and guitar lines merging beautifully, charismatic melodies throughout, and incredibly focused musicianship. The songwriting is compelling, the band has an inspiring quantity of soul (beyond mere technical prowess), and the highlights are bountiful. The opening title track, once the rock edge slows to a simmer, and the organ chords carry the tune into a slower-paced but triumphant horn refrain, reads like an overture into the rest of the experience. Enjoy in your car, but try not to drive too fast.

I introduced this release into my world before their silent disco performance up in New York at Camp Bisco 2010, and to my surprise, it’s remained loyally by my side ever since. The currently-hibernating Dutch quartet was originally a duo, comprised of a master turntablist (Thomas Elbers), and a sampling/production expert (Simon Akkermans), but expanded to include keyboardist Jori Collignon (from Nobody Beats the Drum), and the multi-instrumentalist Daniel Rose, fostering a rich live component that takes their beats to the next level. The results are rich and evocative, often functioning like a listen to a movie score, in that visual imagery comes easily even if you haven’t seen the film before. The overall tone of their music resembles Blockhead’s beats, as far as the storytelling and gradual building of samples goes; ‘Cravings of a Solemn Soul’ in particular, one of my favorites, warrants comparison with Blockhead’s tune from the following year, ‘The Art of Walking,’ with both tunes featuring a straight-laced narrator aiding in the implementation of new layers as the piece progresses. The first half of the album is lighthearted and playful, but the misleadingly-named Static Traveller is actually exceptionally dynamic, gradually taking shape into something more poignant and powerful. The last few songs, with their strings, bass clarinet, trumpet, bells, electric guitar, and ominous chords, convey much more emotion than instrumental electronic music is known for, and close the album out on a stirring and memorable note.

‘….And now, for the number one hit, of the complete century….’ and thus it was proclaimed, that Dr. Dog and their psychedelic swamp saga would carve out a hallowed niche in the endless pantheon of musical contributions. This recording was their first proper full-length as a group, and it was their way of fearlessly throwing the barroom doors open and taking a turn on the ancient piano. To say the least, it’s a world away from the increasingly vanilla soul-rock they’ve been purveying lately. This is well before the ragin’ Pennsylvanians even considered being radio friendly, and it’s an album unlike any other I’ve heard, completely an island upon itself until i eventually discovered Unknown Mortal Orchestra and their endearingly unpolished psych-pop jams. This effort is a spooky venture through an attic, the haunted organ soundtrack to a carousel ride in a dream, a pensive yet persistent jaunt into unfamiliar woods; whatever the vehicle, it’s a timeless experience draped in intrigue, curiosity, and a sense of expansiveness. Toothbrush is a lo-fi masterpiece, a rare look into folk music made for ghosts, by ghosts.

I found myself compelled to group these two releases together as one review, because quite simply, they’re both albums of classic music transformed into noteworthy instrumental hip-hop. L’Orange, a producer from North Carolina rightfully getting some buzz lately for his recent collaboration with Kool Keith, used Old Soul as a vehicle to pay tribute to the life and music of miss Lady Day, Billie Holliday. Her elegant, sorrowful, timeless jazz vocals pair sweetly with L’Orange’s patient and understated boom-bappenings. His characteristically laid-back style digs adeptly into the historical vaults, emerging with a wealth of orchestral snippets and vintage references. In the words of L’Orange himself — “Billie Holiday is my muse. Her creative vision and stylistic integrity have influenced both my music and my writing. When I decided to work on this project, I wanted to approach it with respect for her music. I wanted these remixes to be both inspired by and dedicated to the life and craft of one of the most innovative and soulful singers of all time. Each track is designed to represent a significant part of Billie Holiday’s life.

Likewise, British loop-digger Bullion delved deep into the the Beach Boys’ most game-changing release for his sonic inspiration, and used J Dilla (aka Jay Dee) beats as the foundation. This mashup always struck me as a fun and creative bunch of grooves, but the more I listened through, the more I appreciated both the depth of samples utilized, and the sporadic nature of their assembly. It’s quirky, funky, firmly deconstructive, and joyful, much like the heart of Dilla’s magnum opus Donuts, and precisely why i keep coming back to both. Even as a huge fan of J Dilla’s work, the one and only sample of his i recognize here is a moment of Slum Village saying the word ‘fantastic;’ otherwise, the drum sequences are fresh, enthusiastically merging with Brian Wilson’s brain in a way that allows the record to shine as a truly original composition of its own. Both albums utilize intimate snapshots from music history as a means of highlighting how past moments of greatness fit resoundingly within the music of today.

Some of the most creative yet under-appreciated music made over the past few decades has come courtesy of the Philadelphia jazz fusion quartet Grimace Federation, who seemed to be at their most versatile as of their Tasted by Chemists release. The dexterous ensemble, typically based around the format of vibraphone, bass, guitar, and drums (with occasional electronic effects), featured a few extra-special guests on this album that allow it to shine among their otherwise impressive discography, catapulting their recordings to new heights. They worked with a number of NYC musicians here, including the esteemed afrobeat orchestra Antibalas, synth-pop band XYLOS, and the prolific wordsmith Aesop Rock, who’s been a frequent collaborator of theirs for years. Even AC SLATER (the non-Mario Lopez version) stepped away from his endeavors in house music to contribute a bass-heavy jamtronica piece to the collection. This is post-rock made by musicians with an ear for jazz. It’s also the kind of elevated, calculated, fully realized take on live electronic music that plenty of widely recognized, festival headlining bands secretly hope to aspire towards. I suspect you’ll feel smarter after downing this concoction of sonorous tones, enriching harmonies, and brave syncopations.